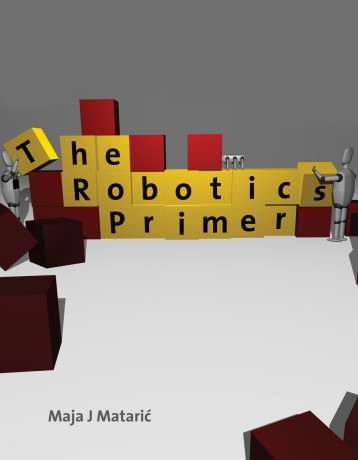 The Robotics Primer offers a broadly accessible introduction to robotics for students at pre-university and university levels, robot hobbyists, and anyone interested in this burgeoning field. The text takes the reader from the most basic concepts (including perception and movement) to the most novel and sophisticated applications and topics (humanoids, shape-shifting robots, space robotics), with an emphasis on what it takes to create autonomous intelligent robot behavior. The core concepts of robotics are carried through from fundamental definitions to more complex explanations, all presented in an engaging, conversational style that will appeal to readers of different backgrounds. The Robotics Primer covers such topics as the definition of robotics, the history of robotics (“Where do Robots Come From?”), robot components, locomotion, manipulation, sensors, control, control architectures, representation, behavior (“Making Your Robot Behave”), navigation, group robotics, learning, and the future of robotics (and its ethical implications). To encourage further engagement, experimentation, and course and lesson design, The Robotics Primer is accompanied by a free robot programming exercise workbook that implements many of the ideas on the book on iRobot platforms.

The Robotics Primer is unique as a principled, pedagogical treatment of the topic that is accessible to a broad audience; the only prerequisites are curiosity and attention. It can be used effectively in an educational setting or more informally for self-instruction. The Robotics Primer is a springboard for readers of all backgrounds—including students taking robotics as an elective outside the major, graduate students preparing to specialize in robotics, and K-12 teachers who bring robotics into their classrooms.

As with electronics and then computers, the world is about to be transformed yet again by the age of robotics. Every age needs its technology to be adopted by smart kids and dedicated hobbyists to provide the tide of people who will carry out the transformation. The Robotics Primer is a bridge between academia and everyperson, and its readers will become the crucibles of the new age.

Dr. Mataric has made a complex subject accessible to students of all ages. Students can learn in conjunction with hands-on experience using the robot workbook available online. This primer and workbook will give the student a first glimpse at the incredible possibilities of robotics.

The Robotics Primer is a rare combinationlively and enthusiastic as well as authoritative, written by one of the leaders of the field. If this doesn"t excite a new generation of roboticists, I'm not sure what will! A remarkable contribution: a fun, straightforward, and gentle introduction to robotics, that is accessible to virtually anyone interested in gaining such knowledge. I know of no better text to bootstrap aspiring roboticists into the language, knowledge, and culture of the field.

This book is a very enthusiastic introduction to robotics. It is an excellent textbook for anyone designing or taking an undergraduate introductory course, and great reading for those interested in learning about robots.