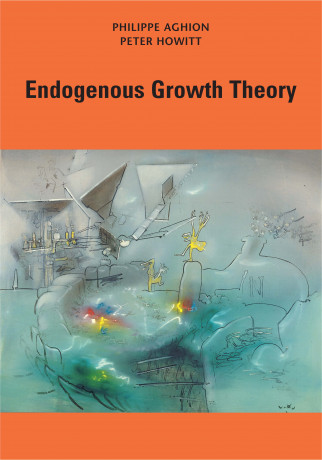 Whereas other books on endogenous growth stress a particular aspect, such as trade or convergence, this book provides a comprehensive survey of the theoretical and empirical debates raised by modern growth theory.

Advanced economies have experienced a tremendous increase in material well- being since the industrial revolution. Modern innovations such as personal computers, laser surgery, jet airplanes, and satellite communication have made us rich and transformed the way we live and work. But technological change has also brought with it a variety of social problems. It has been blamed at various times for increasing wage and income inequality, unemployment, obsolescence of physical and human capital, environmental deterioration, and prolonged recessions.

To understand the contradictory effects of technological change on the economy, one must delve into structural details of the innovation process to analyze how laws, institutions, customs, and regulations affect peoples' incentive and ability to create new knowledge and profit from it. To show how this can be done, Philippe Aghion and Peter Howitt make use of Schumpeter's concept of creative destruction, the competitive process whereby entrepreneurs constantly seek new ideas that will render their rivals' ideas obsolete.

Whereas other books on endogenous growth stress a particular aspect, such as trade or convergence, this book provides a comprehensive survey of the theoretical and empirical debates raised by modern growth theory. It develops a powerful engine of analysis that sheds light not only on economic growth per se, but on the many other phenomena that interact with growth, such as inequality, unemployment, capital accumulation, education, competition, natural resources, international trade, economic cycles, and public policy.