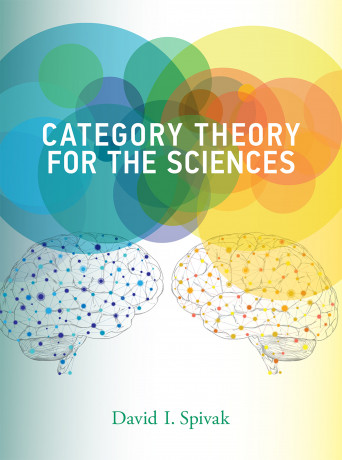 Category Theory for the Sciences

Category theory was invented in the 1940s to unify and synthesize different areas in mathematics, and it has proven remarkably successful in enabling powerful communication between disparate fields and subfields within mathematics. This book shows that category theory can be useful outside of mathematics as a rigorous, flexible, and coherent modeling language throughout the sciences. Information is inherently dynamic; the same ideas can be organized and reorganized in countless ways, and the ability to translate between such organizational structures is becoming increasingly important in the sciences. Category theory offers a unifying framework for information modeling that can facilitate the translation of knowledge between disciplines.

Written in an engaging and straightforward style, and assuming little background in mathematics, the book is rigorous but accessible to non-mathematicians. Using databases as an entry to category theory, it begins with sets and functions, then introduces the reader to notions that are fundamental in mathematics: monoids, groups, orders, and graphs—categories in disguise. After explaining the “big three” concepts of category theory—categories, functors, and natural transformations—the book covers other topics, including limits, colimits, functor categories, sheaves, monads, and operads. The book explains category theory by examples and exercises rather than focusing on theorems and proofs. It includes more than 300 exercises, with solutions.

Category Theory for the Sciences is intended to create a bridge between the vast array of mathematical concepts used by mathematicians and the models and frameworks of such scientific disciplines as computation, neuroscience, and physics.

This is the first, and so far the only, book to make category theory accessible to non-mathematicians. Starting from the interesting new notion of 'ontological logs' (ologs), the basic concepts of category theory are then introduced where and when needed, inspired by applications.

Piet Hut Professor of Astrophysics and Head of the Program in Interdisciplinary Studies, Institute for Advanced Study, Princeton

Category theory was invented in the middle of the last century with the goal of better connecting algebra with topology. It has since produced a network of connections between all branches of mathematics as well as between mathematics, sciences, and engineering. This book introduces basic categorical ideas from a variety of simple examples. The author writes in clear, direct, and imaginative language. His ologs make me believe in universal knowledge, from physics and chemistry to biology and computer sciences. Abstractions are made concrete and useful. You will travel from databases to the category of categories and beyond.

André Joyal Fellow of the Royal Society of Canada

Category theory has long been recognized as a powerful tool for unifying different branches of pure mathematics, but its potential for applications has barely begun to be tapped. Twenty years from now there will be lots of books on applied category theory, but their authors will all have read Spivak.

This book is the first in its field to demonstrate the power of category theory as a tool for applied scientists and engineers. A fantastic introduction to the theory as well as all the information needed to make it directly usable by non-mathematicians. A remarkable piece of work.